More connected than ever.

More devices than ever.

More vulnerable than ever.

The office is moving to the home to join a crowded network shared by family members, guests, and lots of smart devices. Cyber criminals are capitalizing and putting individuals and companies at risk. The average home faces more than 100 cybersecurity threats per month.1 Small businesses are also vulnerable, as 66% of small businesses experienced a cyberattack over the course of 12 months.2

Requiring more security than ever.

Okyo Garde secures all of the devices on your network, whether you’re an employee working from home, a small business owner, or you’re simply looking to protect your family.

Learn about the commonalities and complexities of a phishing attack, one of today’s most prevalent digital threats. Plus, learn how Okyo Garde™ is designed to protect your business from falling victim to one.

Learn about the many types of Malware and about the different downfalls they each may hold for you or your business. Plus, learn how Okyo Garde™ is designed to protect you and your network against them all.

In 2020, malware and ransomware more than tripled, and phishing attacks grew to an average of 400 per household.3 Okyo Garde is designed to stop them.

You’re tricked into clicking on a phishing link

What might look like a harmless email from your child’s school or like a text notification from your express delivery service can actually be a sophisticated “phishing” attack. Cyber criminals use well-disguised fake emails or phone numbers that bait you into clicking through to malicious websites to provide sensitive information like passwords, account numbers, or credit card details. And just like that, they take over your accounts. Okyo Garde keeps an innocent click from becoming stolen information by preventing the connection to the malicious website from ever happening.

An online ad contains malware and ends up costing you

There’s a lot of talk nowadays about “ransomware.” These types of attacks can start in the places you least expect. Online ads can contain small pieces of code that get downloaded to your computer without your knowledge to establish a base on your device for connecting to malicious sites. Those sites can then download ransomware to your computer, which, as the name implies, can encrypt your data until you agree to pay a big sum of money to have it unlocked. Okyo Garde can protect you by preventing the malicious code in the ad from downloading on your device.

Your smart TV catches a virus

Our homes are becoming “smarter” through more and more devices connecting to the internet. Unfortunately, those connections offer an opportunity for cybercriminals. Just like your laptop, your new smart TV can become infected with viruses. Those viruses can allow an attacker to remotely take over the microphone on your smart TV and listen to everything going on in your house. Those viruses can also give cybercriminals a path to accessing other things on your home network, like your tablet to steal personal information or even home security systems to unlock your doors when you are away. Okyo Garde makes your smart TV and all of the connected devices in your home more secure by preventing them from connecting to malicious actors on the open internet, so you can watch your TV without it watching you.

You’re working from home and you disable your VPN

If you use a work computer at home from your employer, it's likely that it has VPN (virtual private network) software on it to connect your computer to your employer's corporate network securely. But sometimes you might disable the VPN. For example, you may want to access a job site without your employer knowing it, and accidentally end up downloading a job description from an attacker posing as a recruiter. The downloaded file could infect your work computer and that infection can then move to your corporate systems. Okyo Garde prevents the connection to the attacker even if the work VPN is disabled on the computer, keeping both you and the company safe.

Cybercriminals are targeting small businesses with increasingly sophisticated attacks.4 In a given year, more than 2 out of 3 small businesses in the U.S. can expect to experience a cyberattack.5 Are you protected?

The pandemic has led to an increase in cyberattacks on small businesses — even very technical people have become susceptible to sneaky and sophisticated attacks. So, when you’re rushing to book travel for an important customer meeting and click on a low fare banner ad, probably the last thing on your mind is cybercrime. But that particular ad can easily download a small amount of code to your computer, establishing a connection to a malicious site on the internet. With remote control of your computer, an attacker can download a program called a keylogger to your device, which sends everything you type on your keyboard to the bad guys — from usernames to passwords to your clients' information to other sensitive business and personal data. Okyo Garde can protect your business by preventing downloaded code from contacting malicious destinations on the internet.

Your system could automatically open the door for ransomware

Someone might think they’re innocently checking their personal email in a browser while on a break from work but many systems are set by default to download email images automatically, and it's possible for malicious computer code to hide in those images. Once downloaded, this kind of code can call for reinforcements to infect the computer and lock it, along with all your business’s sensitive information, until you pay up. This is called ransomware, and it's on the rise.

An employee falls prey to a phishing attack

A restaurant’s business has been booming since they’ve partnered with a new food delivery app. So, when the manager sees an email that their account is about to be suspended, it’s easy to see how the manager might click on it and quickly log in to the restaurant's account to make sure business won't be interrupted. Unfortunately the email wasn’t really from their app. Instead it was from a hacker looking to steal passwords. That’s an extremely convincing type of attack, called phishing, that’s designed to trick you into unwittingly sharing login and password information. Okyo Garde would not have allowed the connection to the fake app’s site and would have prevented the attack from succeeding.

Your cameras and microphones get hacked

When you’re a small business, popularity and attention is great news. But that kind of success can also attract a different kind of attention. With online security cameras becoming increasingly the norm, it's possible that yours could be compromised by a virus designed to record and secretly send the video feed elsewhere, auctioning the footage off to the highest bidder. Okyo Garde would prevent your camera from being connected to a malicious attacker and from sending your video stream to the wrong place.

Learn more about the Okyo Garde Enterprise Edition →
The enterprise has extended to the home. Highly sensitive corporate work is taking place at home, introducing a new generation of cybersecurity challenges for employers.Legacy security solutions are complex, costly, and inefficient to be deployed in volume to the home offices of thousands of employees.Securing and managing all of those work-from-home set-ups as branch extensions of the enterprise requires a new approach.

How Okyo Garde connects and protects

With Okyo Garde's mesh system, you get great WiFi coverage throughout your whole home or small business — even if you have a really big space. 6

Prevents sensitive information and people you care about from being exposed to cyber criminals.

Prevents malicious attackers across the open internet from taking control of your devices remotely.

The technology that secures large enterprises, hospitals, and governments is now simply accessible at home and in your small business. 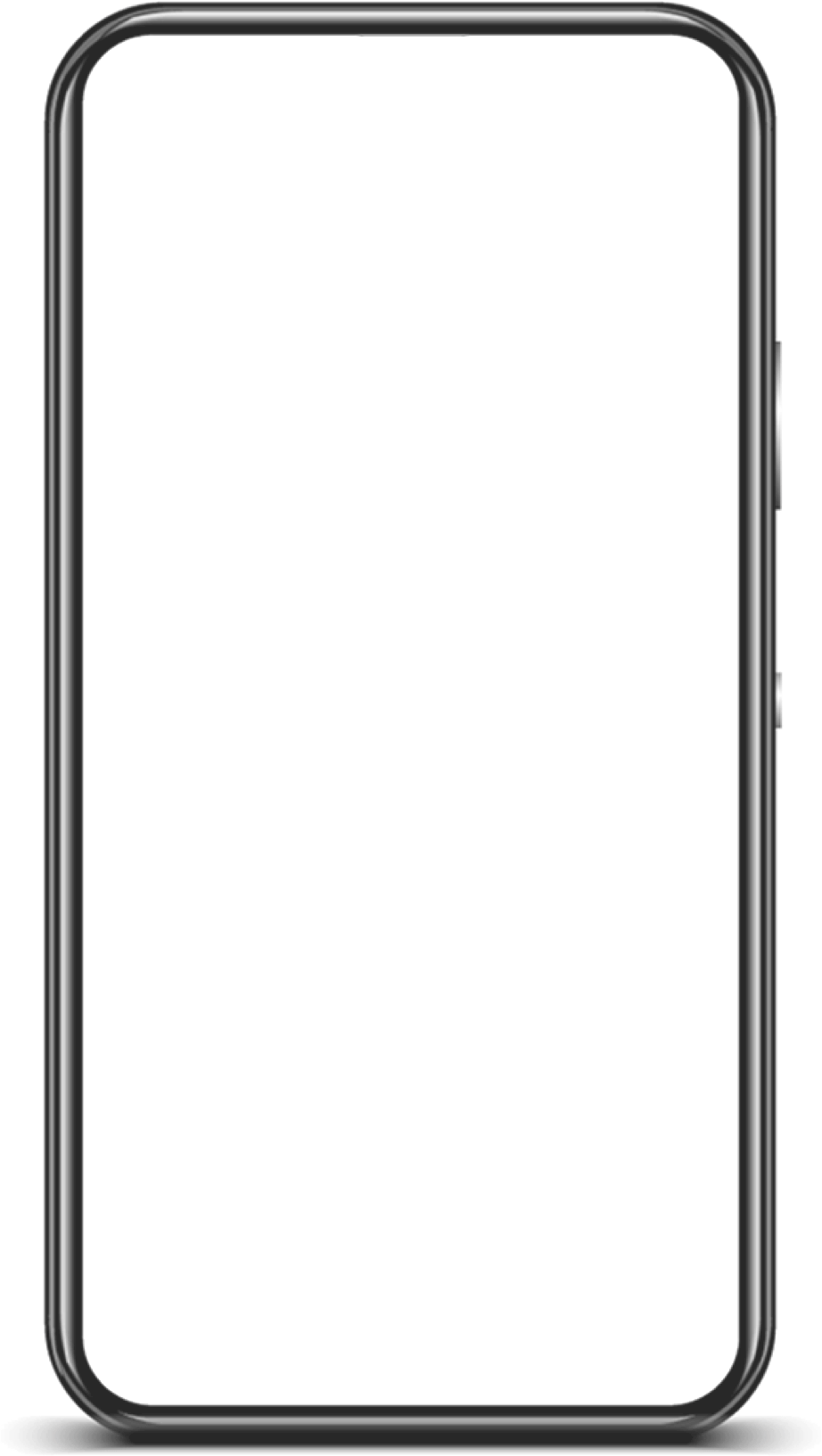 Stop malware, viruses, ransomware, and phishing — automatically, out of the box.

As an option, Okyo Garde can be ordered with Okyo Concierge7, premium support for small businesses or anyone wanting extra attention to onsite installation, 24x7 support, troubleshooting, and device replacement.

Supports and protects up to 30 devices

Supports and protects up to 100 devices

6 WiFi coverage may vary based on the location, size of home or business, and surrounding conditions.

7 Certain Okyo Concierge services (onsite installation and troubleshooting) are provided by an independent company that is not employed or subcontracted by Palo Alto Networks, Inc. Please see our Okyo Help Center for more information.

Okyo Garde is a subscription service that auto-renews. The subscription includes the Okyo Garde mesh-enabled router, which requires an active subscription to function. Please see our Return & Refund policy for cancellation details.
Be the first to know
1-855-916-5961
info@okyo.comCopyright © 2021 Palo Alto Networks Inc. All rights reserved. Other names may be trademarks of their respective owners.